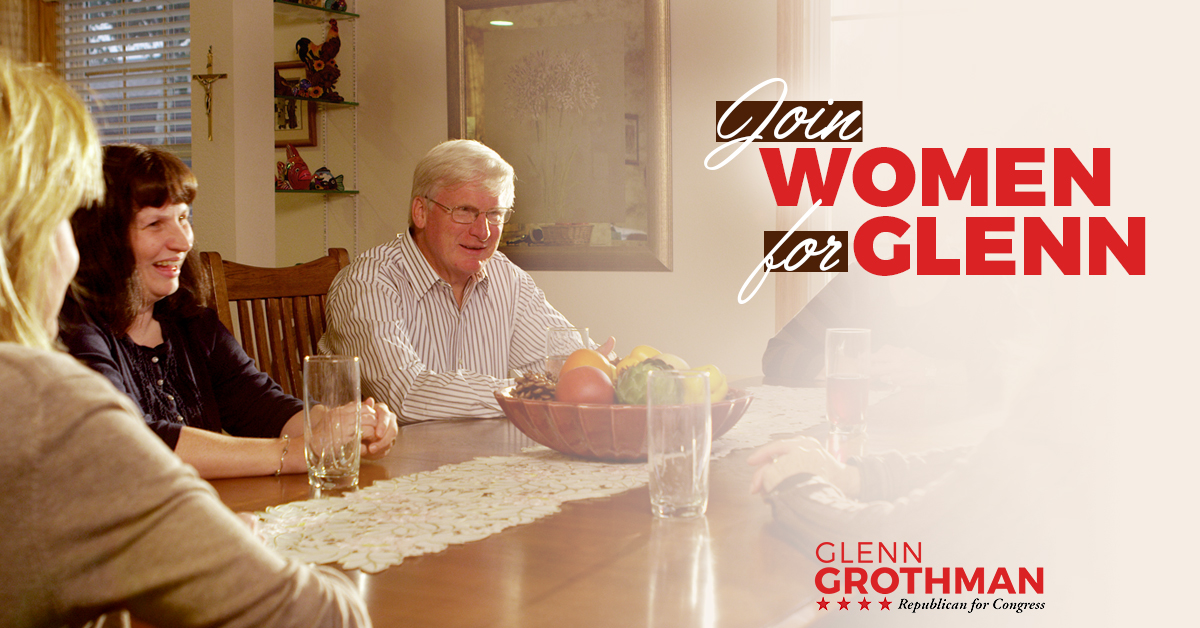 Glenn has consistently fought alongside the women of the 6th District in order to ensure greater economic opportunities, safer communities for our families, and eliminating existing barriers in the workplace. Women for Glenn will focus on the empowerment of women in order to re-elect Glenn by sharing personal successes and experiences during the current administration.

Join Glenn to support the hardworking women throughout both the 6th District and the State of Wisconsin. It is imperative we come together to support the women who make up integral parts of our workforce, as well as advocate for greater policies that aid in the influential role of women today.

Glenn understands that women are a critical part to the success of this election, so vows to fight for and alongside the women across the State of Wisconsin.

Some pieces of legislation that Glenn has contributed to are:

Many women have already joined the coalition, including: